When God came up with the standards of a Proverbs 31 woman, he used every ingredient to create Shawntay Jordan. Shawntay Jordan co-Pastor of Abundant Life Christian Center Fellowship was born and raised in Richmond, CA. Growing up she realized early that life was not to be taken lightly and if you wanted more you had to work for it.

Pastor Shawntay is one of the hardest working women you will ever meet. Staying in front of the Word, she maintains and clearly displays the fruit of the Spirit. Weather she is working with the youth at church, creating fundraisers for the Homework Club,  or managing her workload at her regular job, she displays a demeanor and presence that exudes the peace of Jesus Christ and the power of Father God all at the same time. Pastor Shawntay is the founder of “Aspire Me”, a networking organization for women and the “Women of Royalty” women’s conference that’s held annually . 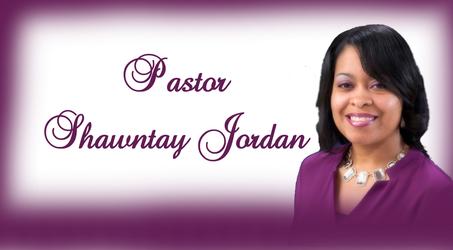 Being very active in ministry, Pastor Maurice is known as a phenomenal speaker who’s been invited to speak at several conferences, retreats and anniversaries. As a member in good standing with FCMI, F.I.C.W.F.M., and the Board of Directors of the Homework Club, Pastor Maurice holds up the blood stain banner, becoming that epistle read by men, that is pleasing in the sight of God. By standing on the Word of God, Pastor Maurice and his Proverbs 31 wife Shawntay, have been successful entrepreneurs and generous philanthropists with hearts of true kingdom builders. Putting his faith to work and trusting in a prophetic Word from God, he obediently moved into a life of full time ministry. Pastor Maurice proves that if you work the Word, the Word will work for you. Taking on the role of an under shepherd has a life of it’s own, but doing that and being a present father in the lives of his children would seem like an extreme challenge for most, however Pastor Maurice demonstrates an amazing balance that never denies either position. This is truly a man sent to teach the Gospel of Jesus Christ and his legacy has just begun to unfold and manifest before the eyes of man.

Pastor Maurice Jordan teaches the Word straight and direct. He knows he has been called by God to bring truth to a dying world and he takes that call very seriously. He is here to do the work of our Lord and savior Jesus Christ, which is to seek and save those that are lost. You can find him doing just that as he is teaching one of the many Bible Studies, mentoring students from the Homework Club, or creating disciples through his class “Witnessing the Great Commission”. Pastor Maurice is not just a church light, he is physically out on the streets lighting up the world. He’s outside knocking on door after door compelling people to answer the call and become saved. Pastor Maurice has just finished the manuscript for his first book entitled, “Harvesting the Leader in You”, that will be published in 2015.

Pastor Maurice is a firm believer in the power of God, prayer, and faith. He demonstrates that by operating in the Holy Spirit and has been used by God as a conduit of physical, mental, and spiritual healing. He is not just a reader but also a doer of the Word. Pastor Maurice has stepped out on faith and now has one church in two locations. Not only has he opened up another church in the Hilltop Mall in Richmond, CA where he grew up, but this same facility doubles as a resource center, the Homework Club, and the location for ALCCF’s Hispanic Ministry. 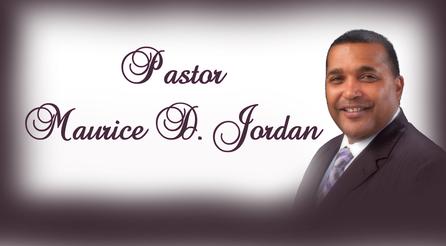 While successfully handling all of the above, Pastor Shawntay still finds the time to further her education in Business Administration. She gracefully manages the sports event, musical lessons, and school activities of her 3 children, and efficiently makes sure they complete their homework as well as her own. She travels from conferences to meetings and to service after service, all this while standing in the gap as a praying help meet for her equally busy husband, Pastor Maurice.

Pastor Shawntay ministers directly to the soul. She doesn’t sugar coat, nor does she water down the Word. However, her delivery is a smooth as a hot knife through soft butter. Most people have said, “She speaks the Word so eloquently, you have to look down to see that you’ve been cut”. This approach helps to leave listeners open to receive all the Lord has given her to deliver. Her plea is simply this, “Don’t get caught out of order!”

Her dedication is exemplary, and Pastor Shawntay can be lined up with the Word of God and His expectations for His children. She loves to renew herself daily with the marvelous works of God and the powerful journey of Jesus Christ. Pastor Shawntay is very passionate about the Word of God and her influential words of knowledge, wisdom, and encouragement are enough to destroy a room full of bondage and annihilate the strongholds of the enemy.